COVID-19 Update: How We Are Serving and Protecting Our Clients
Home
Attorney Profiles
Stanley Eisenstein 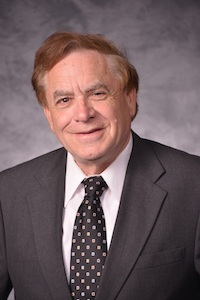 Stanley Eisenstein works closely with our diverse labor union clientele. He strongly believes that counseling, advising and educating our labor clientele is a critical component of the firm’s successful labor practice over many decades. In addition to traditional labor law practice for labor unions, he handles a wide range of individual employment-related disputes from discrimination to benefits. During his career, Stanley has handled literally over five hundred complaints issued by the National Labor Relations Board (NLRB) for our many labor union clients, which is an unprecedented number for any labor attorney, on either the management or labor side. He was actively involved as a primary litigator for the UAW before the NLRB and numerous Federal and State courts in the unprecedented labor dispute between the UAW and Caterpillar Corp. during the 1990’s. He has successfully handled individual discrimination casas, including achieving a major jury verdict against United Airlines in a disability discrimination case. Gile v. United Airlines.

Stanley has been inducted as a Fellow in the College of Labor and Employment Lawyers. Election as a Fellow is the highest recognition by one’s colleagues nationally of sustained outstanding performance in the field of labor and employment law exemplifying integrity, dedication and excellence.

Stanley repeatedly has been recognized by his peers in the field of labor and employment law by: The Best Lawyers in America; Illinois Superlawyers; Leading Lawyers; Chicago’s Best Lawyers. He has been selected as a Top 100 Trial Lawyer by the National Trial Lawyers. He was named as 2013 Chicago Lawyer of the Year – Labor Law – Union.

Regarding the great honor and recognition which the firm received upon being named by U.S. News and World Report in 2013 as Law Firm of the Year  — Labor Law-Union, he observed “This is a great and humbling honor but it is received with some sadness on my part because my mentors and the co-founders of the firm, Harold Katz and Irving Friedman, were not around to see the fruits of their labor. “

In 2018, Stanley received the singular honor by being named by Leading Lawyers as the top Labor Union Attorney In Illinois.

He earned a Bachelor of Arts degree in History from the University of Illinois at Urbana/Champaign in 1968, with High Honors. He is a member of Phi Beta Kappa. In 1973, he was granted his Juris Doctor from the same institution.. Stanley is married with three daughters, and is a devoted fan of the Fighting Illini.

In 2021 he  again was recognized as the top 1% of America’s Most Honored Lawyers  by the American Registry.

J.D., University of Illinois at Urbana/Champaign, 1973