COVID-19 Update: How We Are Serving and Protecting Our Clients
Home
Attorney Profiles
Philip A. Bareck 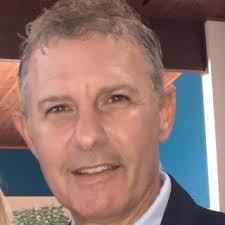 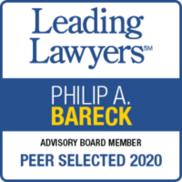 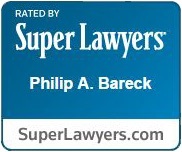 His practice concentrates in representing injured employees in Workers’ Compensation and Occupational Disease cases before the Workers’ Compensation Commission, Illinois Circuit, and Appellate courts. He has successfully represented thousands of individuals with a vast array of injuries and has deposed hundreds of physicians in order to protect and preserve his clients’ rights and entitlements. Moreover, he has secured future medical rights and ongoing treatment for his clients requiring long-term care. Philip has spent his career fighting against Caterpillar, Fiat-Chrysler, Knapheide Manufacturing Company, the State of Illinois/Illinois Veterans Home, UTC Hamilton-Sundstrand, AT&T, Comcast, Gardner-Denver Machinery, Mueller Company, Ipsen, Inc., Home Depot and other large and aggressive companies in Illinois. In 2016, he won a significant Appellate Court decision in Dunteman v. Caterpillar in which the Court found that an employee’s self-treatment, at home, for a work-related injury, which worsened the condition, still remained covered by the Illinois Workers’ Compensation Act. He has spoken to various lawyer groups concerning the Dunteman impact in Illinois and was interviewed and quoted in Work Comp Central concerning the Dunteman decision.

He earned his undergraduate degree at the University of Illinois in 1988 and obtained his law degree from IIT Chicago-Kent College of Law with High Honors in 1991. He was taught workers’ compensation law by Warren Eagle, who was an adjunct professor at the law school and was Philip’s mentor and partner until his retirement in 2010. Philip continues to be very active politically in his community and is a staunch advocate for injured workers’ benefits, union members’ rights and protecting victims of accidents and injuries. He is married to Margaret, his law school sweetheart, and they have three children
Education