COVID-19 Update: How We Are Serving and Protecting Our Clients
Home
Practice Areas
Labor and Employment Law 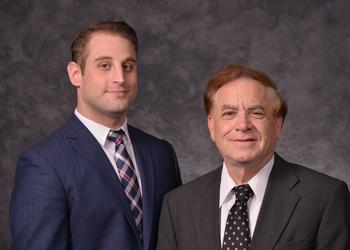 At Katz, Friedman, Eisenstein, Johnson, Bareck & Bertuca, our Chicago employment lawyers advocate on behalf of employees and labor unions, protecting their legal rights and pursuing compensation for violations of federal and state laws. We are experienced in both state and federal legal proceedings. Large unions in the manufacturing, medical, and education industries have relied on our understanding of employment and labor issues. We have offered legal guidance as well as representation before administrative judges, the National Labor Relations Board, and arbitrators. Whether we are advocating for union members or advising employees on their rights, our firm offers dedicated service and a comprehensive knowledge of employment law.

Employment law issues include wage and hour disputes, disagreements over the terms of employment contracts, and other conflicts over the conditions of employment. While certain employment laws were enacted in order to benefit workers, such as wage and hour laws and anti-discrimination protections, other regulations benefit employers by providing control over the management of their companies. Examples of these laws include rules allowing employers to restrict the use of social media by employees or require employee drug testing. Additionally, not all employers are subject to federal laws and regulations, since they only apply to companies of a certain size, not including independent contractors.

Employers must follow federal guidelines that protect workers by setting fair standards for wages and hours, as well as mandating compensation for overtime. The Fair Labor Standards Act (FLSA) applies to part-time and full-time workers in the private and public sectors. Employers that have gross receivables in excess of the federal limit must comply with the requirements of the FLSA. Among other provisions, it requires that employees who are not exempt must receive overtime pay. The legal definition of “exempt” under the FLSA includes salaried employees who are receiving a monthly wage divided into pay periods. In comparison, non-exempt employees receive a salary set by an hourly wage, although some hourly-wage employees are not entitled to overtime pay.

Violations of wage and hour laws may include illegally classifying employees as independent contractors, failing to pay minimum wage, failing to comply with overtime compensation rules, and improperly calculating paycheck deductions. Employers that fail to comply with the requirements of the FLSA may be held responsible for any outstanding wages as well as potential penalties, plus attorney’s fees incurred in pursuit of the legal claim. In addition, Illinois maintains its own set of wage payment laws, setting forth the manner of wage payments as well as the means of providing payment upon separation from employment. Employees who are denied compensation that they are owed or are facing retaliation after requesting overtime wages may have a legal claim against their employer.

Another source of employment disputes centers on agreements between an employer and its employees. Illinois law holds that employees are “at will” if there is no written employment agreement. This means that the arrangement between the employee and the employer may be terminated for any reason and at any time. There are limits to this discretion, however, and employers are prohibited from retaliating against an employee for reporting fraud or for making a claim for workers’ compensation.

Additionally, the interpretation and application of employment agreements may lead to conflicts. All employers that enter an employment contract with employees owe those employees a duty of good faith and fair dealing. Often, these contracts cover the terms of the relationship between the employer and the employee, including the length of the job and information surrounding the employee’s specific duties. Some contracts limit the ability of an employee to compete with an employer's business, and in some cases, they may govern the terms by which a dispute must be resolved. To change the terms of a written employment contract, the parties must renegotiate them.

Employment issues also affect labor unions, which are formed when a group of workers come together to protect their work-related rights. Workers may choose to form a bargaining unit, represented by a union representative who deals with their employer. Legal disputes may arise, for example, when employers attempt to prevent workers from unionizing through threats of retaliation. The National Labor Relations Board (NLRB) enforces the National Labor Relations Act (NLRA), which prohibits employers from retaliating against employees who exercise their right to form or join a labor organization for collective bargaining purposes.

Other employment issues faced by unions may include internal matters that arise as they seek advice on grievances and administer contracts. Disputes also may take place if employers try to shut down employees’ attempts to improve their terms and conditions of employment. It is important for organized workers to understand that they are entitled to protection as they advocate for their rights under both federal and Illinois laws.

Related Types of Cases We Handle: