COVID-19 Update: How We Are Serving and Protecting Our Clients
Home
Attorney Profiles
Christopher W. Mose 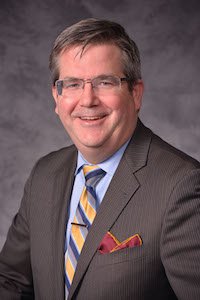 Chris is a savvy litigator and negotiator who specializes in workers’ compensation law and social security disability law. Over the course of his career, he has represented thousands of clients from all walks of life: from teachers to truck drivers and from factory workers to nurses, and union members from the UAW, IEA, INA, SEIU, Teamsters, and various building trades. He is a tireless fighter on behalf of his clients and will do whatever it takes to make sure his clients receive their benefits. He has obtained awards not only for disability benefits but also penalties against employers for not paying benefits on time in cases before both the Illinois Workers’ Compensation Commission and the Illinois Appellate Court.

He represents many clients who work in the automotive industry, and has taken on such companies as Ford Motor Company, Stellantis (formerly Chrysler), Mitsubishi Motors, Tower Automotive.  He has fought large, Fortune 500 companies such as John Deere, FedEx, UPS, and Amazon.   An expert on cases involving injury due to repetitive trauma, he frequently pursues cases for carpal tunnel syndrome, rotator cuff tears, and other injuries to the hands and arms.

Chris also has successfully proven cases of total disability from conditions such as CRPS or RSD, failed back syndrome, spinal fusion and the amputation of a limb.

Over the years, Chris has had many significant Court decisions, including Randle v. Illinois Industrial Commission, 05 IWCC 0530, which affirmed that an injured worker does not have to disprove that her carpal tunnel syndrome could have been caused by other medical conditions and Anderson v. Livtezy 16 IWCC 2090, which affirmed that a disabled worker does not have to perform an alternative job where the worker is certified as totally disabled.   In Ware v. Industrial Commission, he won a significant victory at the Appellate Court by establishing that truck drivers who are classified as independent owner-operators can, in fact, be employees of a trucking company and may be eligible for workers’ compensation benefits. Ware v. Illinois Industrial Commission, 318 Ill.App.3d 117, 743 N.E.2d 579 (2000).

Prior to joining Katz Friedman in 2002, he worked for a law firm representing Teamster locals and unions in the building trades.

A dedicated champion of worker’s rights, Chris takes pride in delivering favorable results for his clients.