COVID-19 Update: How We Are Serving and Protecting Our Clients
Home
Attorney Profiles
Christopher J. Johnson 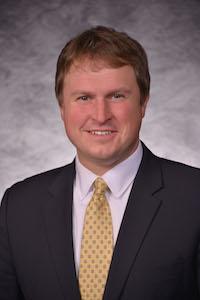 Christopher Johnson has litigated across the State of Illinois against various employers such as: Advocate Health Care; AT&T; Chicago Public Schools; City of Chicago; Chicago Transit Authority; Cook County; and State of Illinois. As the grandson and son of nurses, he also takes great pride in representing nurses across Illinois who are injured at work. Mr. Johnson is also a Certified Emergency Medical Technician (EMT-B). While many of the injury cases that he has litigated have involved torn ligaments, cartilage, and tendons in the shoulders and knees, he also has years of experience handling cases involving disc injuries to the low back and neck. On less common occasions, he has worked on cases involving irreparable eye and brain injuries. Currently, Mr. Johnson is investigating injuries related to doctors, nurses, health care workers, and other essential workers due to contracting Covid-19 from patients and co-workers.

He is admitted to practice before the Supreme Court of Illinois and the United States District Court for the Southern and Northern Districts of Illinois. He obtained his J.D. with Honors at Chicago-Kent College of Law, Illinois Institute of Technology and his B.A. in History with Honors in the Major at the University of Wisconsin-Madison. Mr. Johnson is a member of the Illinois State Bar Association, Illinois Trial Lawyer’s Association, and Workers’ Compensation Law Association. Less than 2% of attorneys in each state have received the distinction of Emerging Lawyer, which he has received since 2016. 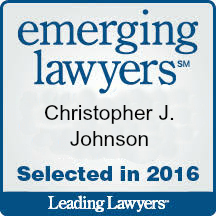