COVID-19 Update: How We Are Serving and Protecting Our Clients
Home
Attorney Profiles
Deborah Weiss Fertel 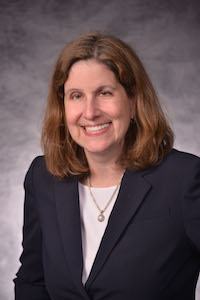 Deborah Weiss Fertel has been successfully representing and obtaining compensation for injured workers and other injured or disabled individuals since 1985. A large portion of her practice focuses on representing injured workers in their workers' compensation claims at the Illinois Workers' Compensation Commission, Circuit Court and Illinois Appellate Court. Deborah has represented workers from across the state of Illinois, across the United States and around the world as she is one of the attorneys in our office who handles airlines claims. Deborah has successfully handled claims for other types of workers including factory workers, truck drivers, office workers, construction workers, state and municipal employees and teachers. She has fought for and obtained benefits for workers who have not only suffered traumatic injuries but also those who have repetitive trauma claims such as carpal tunnel syndrome and workers who have Occupational Disease claims. She has successfully settled or tried cases against employers including United Airlines, UPS, Hyatt Corporation, Jewel and the CTA. Deborah has also obtained numerous settlements and awards for injured workers who are no longer able to perform their jobs and as a result have diminished wages or even a loss of their profession. In addition, she has obtained continuing benefits for many individuals who are no longer able to work at all as a result of their work injuries.

Deborah also spends a large percentage of her time handling social security disability (SSDI) and supplemental security income disability (SSI) claims for individuals who suffer a physical or mental impairment that has lasted or will last for at least 12 consecutive months and results in marked limitations preventing any substantial gainful work. This puts her in the unique situation of being able to handle both a workers' compensation claim and a Social Security Disability claim for a seriously injured worker. She has successfully represented individuals at the prehearing, hearing and appellate stages for conditions including cardiac issues, respiratory illnesses, obesity, head injuries, neck and back problems, arthritis, chronic pain and neurological conditions.

Deborah has been active in promoting education on workers' compensation issues by speaking to client groups and at seminars. She is also a past legislative liaison and past Chair of the Workers' Compensation Committee of the Chicago Bar Association. She is also a member of additional bar associations including the Chicago Bar Association (CBA), the Workers' Compensation Lawyers Association (WCLA) and the National Organization of Social Security Claimant’s Representatives (NOSSCR). Deborah also has been serving as an arbitrator for the Cook County Mandatory Arbitration System since its inception in 1990. Prior to joining Katz Friedman she practiced in the area of personal injury where she litigated bench and jury trials focusing primarily on motor vehicle accidents.

Deborah earned her Juris Doctorate degree from Washington University School of Law in St. Louis, Missouri. There she was a member of one of the law reviews. While in law school, she interned with the Missouri Department of Children and Family. Deborah is admitted to practice in the state of Illinois and before the Northern District of Illinois. She obtained her undergraduate degree, a bachelor of arts in sociology, from the University of Wisconsin in Madison Wisconsin. She volunteered at an out-patient facility for chronically mentally ill adults during her senior year.

Over the years Deborah has volunteered at such organizations as the Make- a -Wish foundation (serving as a wish granter), the Anti-Defamation League, Feed My Starving Children and at the Will County Humane Society. Currently, Deborah serves on the Board of AAUW, an organization fighting for equity for all in the workplace. Deborah is an avid reader and has been a member of a book group for many years. She also loves to travel, explore new restaurants and spend time with her friends and family.

In January 2021, Deborah retired from practice, but her efforts and accomplishments continue to be felt in many ways today.

University of Wisconsin at Madison

Jurisdictions Admitted to Practice Illinois
The Northern District of Illinois