COVID-19 Update: How We Are Serving and Protecting Our Clients
Home
Attorney Profiles
Brent Keller 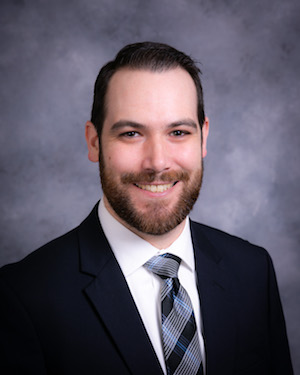 Prior to joining Katz, Friedman, Eisenstein, Johnson, Bareck & Bertuca, Brent worked as a compensation analyst for many years, developing an expertise in designing and administering sales incentive plans. He previously worked at the Chicago headquarters of Careerbuilder.com and Groupon.

While attending law school as an evening student, Brent had an opportunity to work as a volunteer law clerk for the Labor Division of the City of Chicago Department of Law, which included attending Police Board and Human Resources Board Hearings, and providing research. Moreover, he was fortunate to work with Professor Bernadette Atuahene as a research assistant, providing research in connection with her successful grant submission to the National Science Foundation's Division of Social and Economic Sciences, to study property rights in Detroit.

Brent earned his Juris Doctor from Chicago-Kent College of Law with a certificate in Labor and Employment Law. While attending Chicago-Kent, he served as the Secretary-Treasurer of the Labor and Employment Law Society, which involved maintaining the organization’s financial accounts and coordinating fundraising efforts. He additionally received the CALI Excellence for the Future Award – an award for the highest grade in a particular class -- in Legal Writing IV, Employee Benefits Law, Conflict of Laws, and Employment Litigation.

He earned his Bachelor of Science in Management with an Emphasis in Human Resources from Northern Illinois University. As an undergraduate, he was active in NIU’s undergraduate chapter of the Society for Human Resource Management (SHRM); this provided him the opportunity to interact with many HR practitioners and gain exposure to multiple different HR specializations. Additionally, while attending NIU, Brent had the distinct privilege of being elected and serving as President of the NIU Student Association – NIU’s student government, which afforded him a meaningful platform from which he could advocate for the needs and interests of students.

Brent is a native of the Chicago area. He and his wife enjoy spending time raising their daughter and participating in and supporting the Leukemia and Lymphoma Society’s annual Light the Night Walk in Chicago.